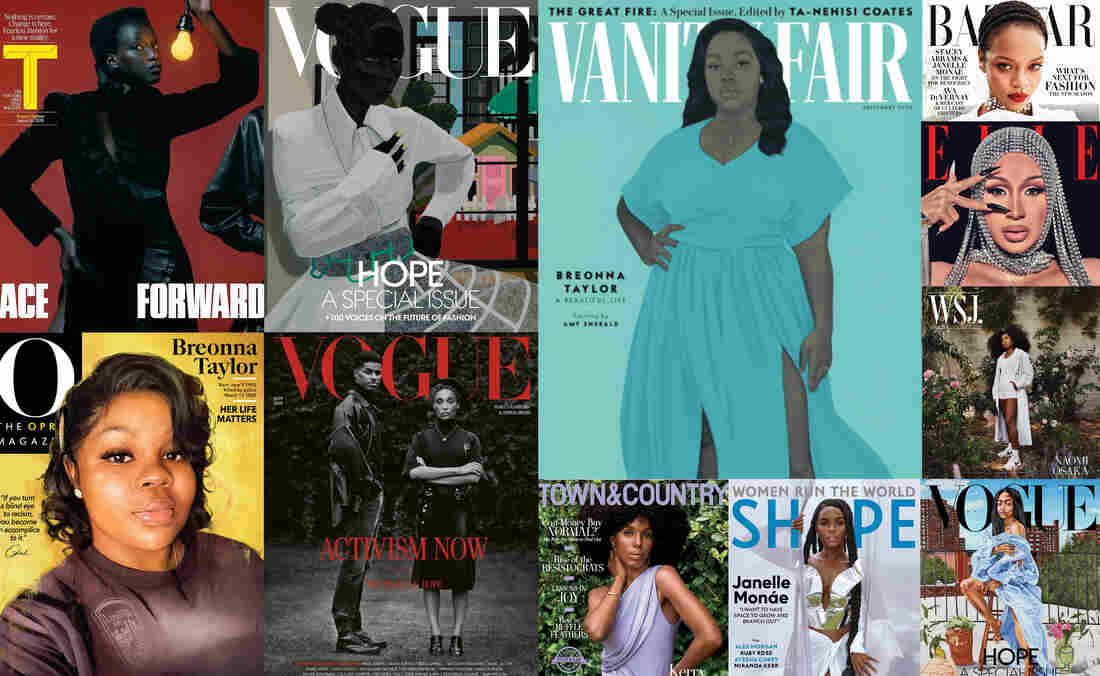 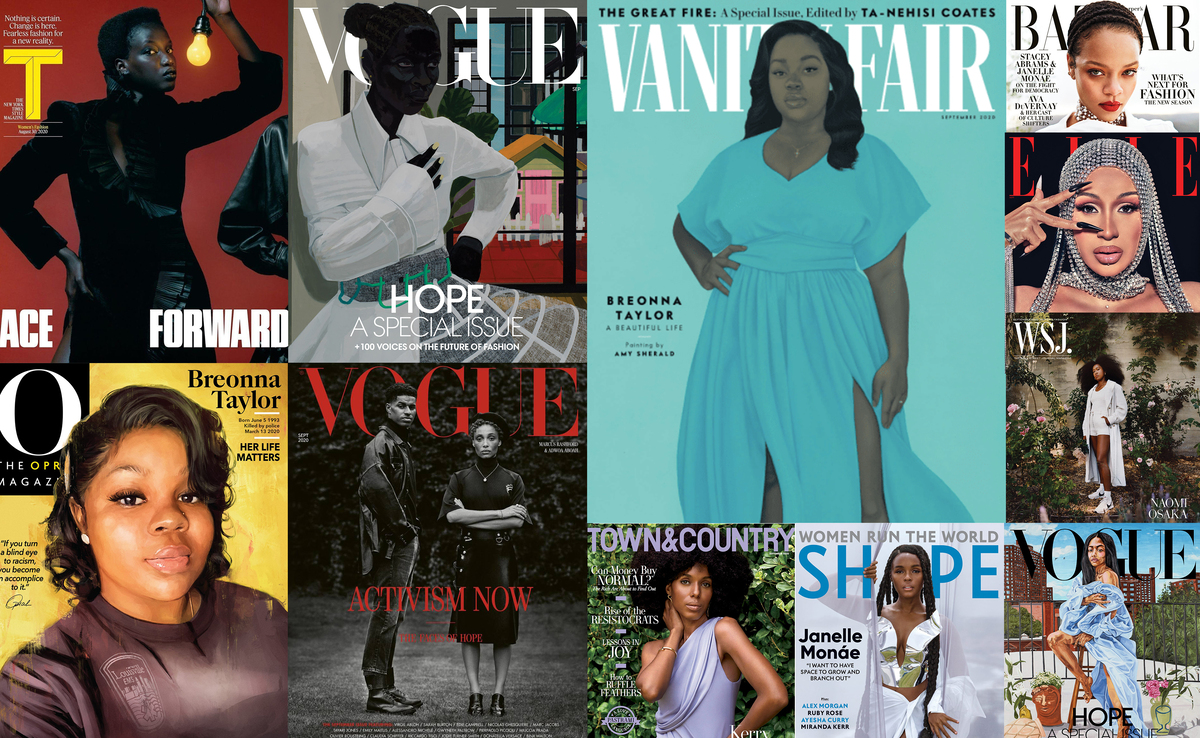 If you’ve been looking at the fall fashion and lifestyle magazines that have been published over the past few weeks, you’ll notice that a lot of the covers feature Black people. That, says Robin Givhan — longtime fashion writer for the Washington Post and now a senior critic-at-large for the paper — is no coincidence.

The fashion world, like many industries and institutions, is experiencing a reckoning on race. Condé Nast, the 800-pound gorilla of lifestyle and luxury publishing, was shaken several months ago when Adam Rapoport, the editor of one of its flagship publications, Bon Appetit, stepped down after his staff accused him of racist and bullying behavior. Then it was Anna Wintour’s turn; the editor in chief of Vogue and artistic director of Condé Nast was taken to task for not being racially inclusive — on her pages and with her staff. The luxury Italian fashion houses Gucci and Prada were criticized for producing designs that evoked blackface minstrelsy. And so on. 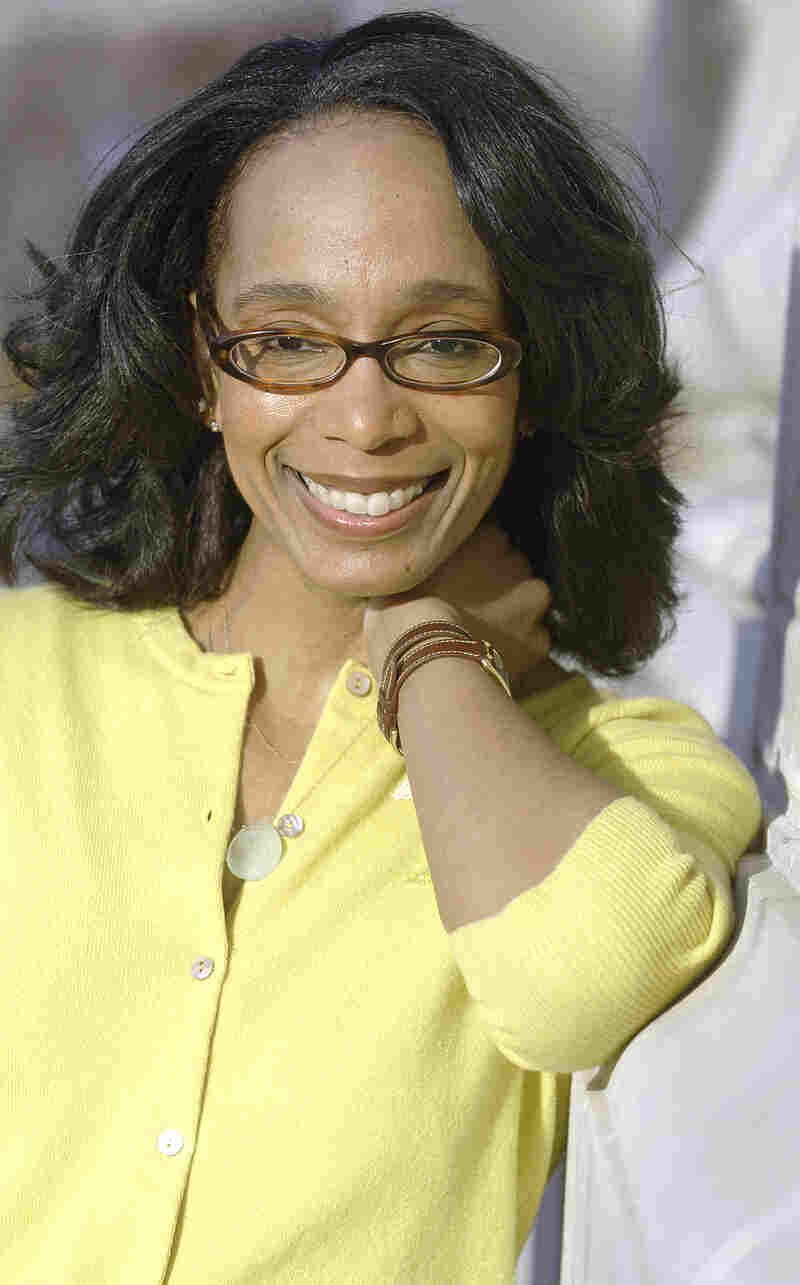 Recently, Givhan wrote a piece in the Washington Post’s magazine looking at the intersection of fashion and race, and at some of the initiatives that have been established to diversify fashion, from the runway to the boardroom. So on this bonus episode of the podcast, I talked to her about what’s happening in fashion right now, and what brought the industry to this moment. Our conversation has been condensed and edited for clarity.

The September issues of glossy magazines, even ones that aren’t strictly fashion, have always been a big deal. This year, a lot of different covers featured Black people, and it feels like it’s happening all at once. What’s happening here?

In many ways, I think British Vogue has really been a leader in this regard. Edward Enninful has been at the helm of the magazine for around three years. When he took on that position, as the first Black person to take on that role, he went in with a very intentional desire to make British Vogue more diverse. That was part of his mission statement. And he also wanted to maintain the same aspirational, fantasy aspect of the magazine. He simply wanted to invite more people into that fantasy.

And I do think that the successes that he has had with the covers from the very beginning did sort of spark a greater sense of diversity on the covers of other magazines and sister publications. But I do think that we take what Edward was already doing, and then you couple it with the changing cultural ground today. In many ways, it’s almost sort of inconceivable that you would continue in the same old ways. It would be an almost sort of aggressive denial of the way in which the world is changing, not to reflect that on the covers of magazines.

Harper’s Bazaar just appointed its first Black woman as its editor in chief. InStyle Magazine had Zendaya on the cover, who was styled by a Black stylist, Law Roach, who brought in a whole village of Black creatives to work with him on that cover. And so I do think that it’s a moment when the soil has really been tilled and it’s this opportunity for these so many people who have always been there and who have always been working in fashion to step sort of out of the chorus and take center stage.

How cyclical you think this is or maybe this is different from previous iterations of this? I can remember as far back as the ’70s when there were people saying, “We need more Black models,” and then it would go away. But it would come back again, especially in those times when you would have designers whose entire lineup was pretty alabaster. But this feels a lot bigger than that.

I don’t know the answer to the question of what lasting changes that this moment might create. But I do know that, for years, there has been a focus on a more diverse range of models, both on the runway and fashion editorials, as well as in advertising. And if you look at the changes in that particular area of the fashion industry over the last five to 10 years, it’s dramatic. I think some would argue that now, if you looked at a runway show or an editorial that didn’t have some element of diversity, it would be the odd duck out. It would be notable and people would be talking about it. Diversity on the runway is much more part of the norm.

I think some have been more visible in the callout for this than others. Anna Wintour has certainly gotten her own share of attention for the need for more diversity at Vogue and at Condé Nast. You spoke to her after this big callout. Did she have some sense that this change is inevitable and that she needs to be ahead of it, rather than being pulled in its wake?

I think that at this point, she isn’t ahead of it. She’s playing catch up! And this is someone who has been at the helm of Vogue for more than 30 years. She’s artistic director of Condé Nast and is charged with overseeing a vast array of magazines. I think that she certainly could have listened to some of the the outpouring on social media and made an announcement that it was time for a new generation to step forward and she was stepping down from Vogue. But instead, she made the decision to plant a flag and not let this be the final chapter of her legacy. So there definitely are changes that are being implemented at Condé Nast. I think one of the most helpful is the return of the internship program at Condé Nast, but this time a paid internship program.

The internships have normally not been paid. And so they’ve been the purview of people who could afford to take them, right?

Even the current editor in chief of Teen Vogue, who is Black, talks about how, you know, she was an intern at Condé Nast and had to work two jobs in addition to her internship in order to survive in New York during that time. So the fact that they will be paid will certainly help broaden the different kinds of people who can afford to participate in them. But I will say that Anna does seem to be very aware that, you know, social media taketh and then social media taketh some more. Social media does not say, Oh, that negative assessment that we had a year ago? You fixed it, congratulations! It’s all good. But I think she does realize that she’s on the hot seat. And she said that if a year from now there’s another conversation and there’s no evidence of change, or significant movement and progress, that she is responsible for that failure.

That’s setting a pretty measurable deliverable for her.

It is. I think, though, that there is a sense that that’s the only option, right? If there’s anything that does distinguish the many initiatives and the movement that has sort of overtaken the fashion industry, it is that all of them have some kind of metric attached to them. Now, whether or not the numbers will ultimately make the difference, I think is a big question, because diversity is numbers. And companies like Gucci that have had issues with racially insensitive products coming to market are companies where 15 percent of its U.S. employee base is Black.

Some Black people are not waiting for the fashion industry to get its act together. They’re making demands, saying if you can’t figure it out, we’re going to figure it out for you. You mentioned the 15 percent rule. Tell us what it is, whose creation it was and how, in your estimation, it might manage to push the needle a little bit.

The 15 percent pledge was created by Aurora James, who is also the founder of Brother Vellies, which is an accessories line. She is Black, and she grew up in Canada. And during that period when everyone was posting messages of solidarity on social media, she essentially said that as a Black business owner, her desire was to really put some meaning, some teeth behind these symbolic gestures. And so she chose 15 percent, because it was sort of generally reflective of the percentage of Black people in the U.S.

The pledge essentially asks major retailers to assess what percentage of their shelf space is given over to products from Black-owned companies. And she said that as a business person, she knew that that number was going to be in the single digit percentages. And she’s been able to get brands like Sephora and West Elm to sign on. And she also has been able to get Vogue to sign on to pledge to raise the percentage of the freelancers that they’re hiring — photographers and stylists — to 15 percent Black. Which is a huge leap, considering that they’ve had exactly one Black photographer shoot the cover of Vogue in its more than 100 year history.

I’m hoping this change will last and expand, but I’m wondering if I might not be calling you five years from now saying, Robin, what happened? It started out so well! What do you think? Does this feel like this is sort of a turning point and that moving forward, this is the way the world will work—until the next turning point, at least—but that we won’t slide backwards into this monochromatic vision of the industry?

This is a long term endeavor and requires a lot of learning and unlearning. And so I do think that the companies that have really invested in changing do recognize that this is not something that’s going to be fixed lickety split, that it’s going to take a lot of intentionality and it’s going to take a lot of long term focus. I also think that the initiatives that really seem to have taken hold are those that have been founded by people who are part of the industry, who have reached out open handedly across the void and said, we want to work with you to improve this industry that we all love.

Standing in the wings, also sort of pounding on the door, are other initiatives that are much more confrontational, much more focused on the idea that these traditional monuments need to fall, and we need a totally new generation. So I suspect that if the more diplomatic, kinder and gentler version doesn’t work, then there will be those ready to move forward who don’t have such a gentle approach.

To learn more, listen to this week’s Code Switch episode wherever you get your podcasts, including NPR One, Apple Podcasts, Spotify, Pocket Casts, Stitcher, Google Podcasts and RSS.

Tue Nov 3 , 2020
AHMEDABAD: High cost of gold and widespread liquidity disaster publish Covid-19 pandemic have dented the need for gold and gold jewellery. Estimates by Jewellers’ Association of Ahmedabad (JAA) advise that the jewellery sale through the second quarter of 2020-21 declined by 50%. This is in line with the pan-India pattern, […]